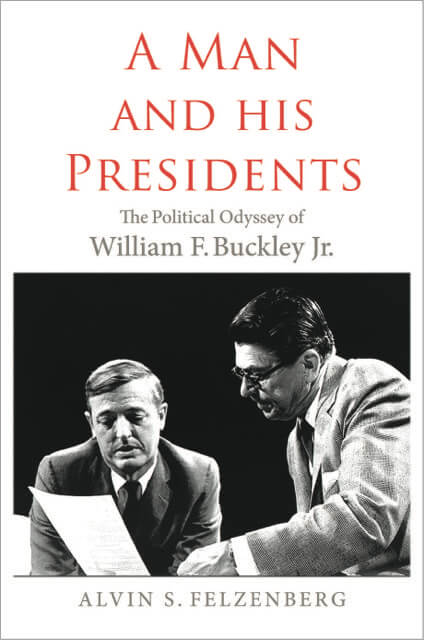 A Man and His Presidents: The Political Odyssey of William F. Buckley Jr. By Alvin S. Felzenberg

A new understanding of the man who changed the face of American politics.


William F. Buckley Jr. is widely regarded as the most influential American conservative writer, activist, and organizer in the postwar era. In The Man and His Presidents: The Political Odyssey of William F. Buckley, Jr. (publication date: May 2, 2017), Alvin Felzenberg sheds light on little-known aspects of Buckley’s career.

The result of seven years of research and writing, A Man and His Presidents utilizes Buckley’s correspondence, interviews, and includes many rarely seen photographs. This account of one of the most compelling personalities of American politics will appeal to conservatives, liberals, and even the apolitical.

Praise for A Man and His Presidents: The Political Odyssey of William F. Buckley

Gracefully written and richly informative…An accomplished and admiring biography … of a man toiling joyfully to define and elevate a political movement.

Buckley changed America and helped give birth to modern conservatism; this is a riveting account.

Insightful. . . this well-researched work will appeal to both conservatives and liberals seeking to understand ‘democratic politics’ and Buckley’s accomplishments as an author, commentator, and leader.

[A] well-delineated portrait of an impassioned conservative.

Al Felzenberg’s fascinating tour de force of research comes at the perfect time in American history, providing a sharp understanding of the continuing attraction of a key figure shaping our politics today.

In high school, I searched drugstores for each new issue of National Review. It was that important. For me, William F. Buckley, Jr. was the door-opener to intellectual politics. He made ideas as important as the rivaling personalities, even the parties themselves. I’ll always be grateful for the wildly adventurous thinker who welcomed me into serious political debate. I thank Alvin Felzenberg and A Man and His Presidents for bringing it all back.

William F. Buckley was the most consequential journalist of his era because he always was much more than a journalist. This is a brisk, groundbreaking examination of Buckley's history-shaping role as a tireless and sometimes audacious political operative.

History comes alive as this lively and important book takes us on a trip covering Bill Buckley’s views of twentieth-century presidents.

Here is the political Buckley, a revelation of range and influence, wit, friendship, inexhaustible letter-writing, and a subtle evolution of views. As always with Buckley, love of the language came first. 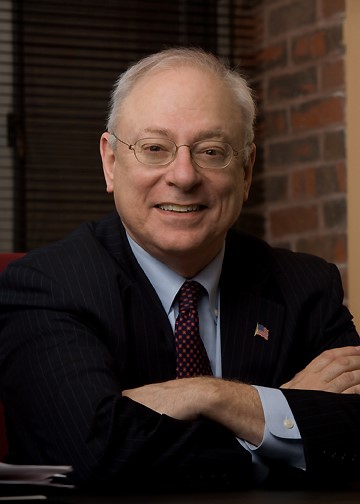 Alvin S. Felzenberg served in several senior policy posts at the state and national levels and is a recognized expert on American politics, the American presidency, Congress, and political movements. He served in two presidential administrations, as an adviser to the Departments of State and Defense; and was principal spokesman for the 9-11 Commission. From 2010 through 2016, he directed communications for the Joint Economic Committee of the United States Congress. In 2006, Dr. Felzenberg was a Fellow at the Institute of Politics at the John F. Kennedy School of Government at Harvard.

Since 2007, Dr. Felzenberg has taught communications the Annenberg School for Communication at the University of Pennsylvania. He has also been a lecturer in communications and political science at Princeton, Yale, Johns Hopkins and George Washington Universities. He holds a PhD. in Politics from Princeton University.

Felzenberg is the author of the recently published, A Man and His Presidents: The Political Odyssey of William F. Buckley, Jr. (Yale University Press, 2017). His other books include: The Leaders We Deserved and a Few We Didn’t: Rethinking the Presidential Rating Game (Basic Books, 2008), Governor Tom Kean: From the New Jersey Statehouse to the 9-11 Commission Rutgers University Press, 2006), Keys to a Successful Presidency (Heritage Foundation 2000), and other works.

He is a former columnist for US News and World Report. Felzenberg has appeared as a commentator on major public affairs television shows, including CNN’s “Crossfire”, C-SPAN’s “Washington Journal”, MSNBC’s “Morning Joe” and “Hard Ball” with Chris Matthews, National Public Radio’s “Talk of the Nation”, a public affairs broadcast, and multiple others. His writings have appeared in the Washington Post, the Weekly Standard, the Philadelphia Inquirer, the Boston Globe, Christian Science Monitor, Politico, and National Review.